The Main Symptoms and Signs of Scoliosis

Scoliosis in literal translation from Greek means curve. Simply put, this is the curvature of the spine in one direction or another. In some cases, the axis of the spinal column may deviate in both directions in different regions. It is noteworthy that in healthy and physically developed people the spinal column is not perfectly straight, otherwise walking, running, lifting and carrying weights would be impossible. Normally, each person’s spinal column has 4 curvatures – 2 anterior (lordosis) and 2 posterior (kyphosis). These curvatures with a small degree of severity can be called physiological, that is, normal. But lateral curvature of the spine- scoliosis, can not be called physiological, it is always a pathology.

Causes of the Disease

Acquired scoliosis often occurs in children and young men from 5 to 16 years, that is, during the period of growth and final formation of the spine. Depending on nature of anatomical changes, scoliosis may be non-structural and structural. In the first case, the curvature of the spine occurs without anatomical changes in vertebrae. In fact, such scoliosis is secondary and always acquired. The causes of scoliosis in this case are the following:

In most cases, such curvatures of the spine are easily corrected – this requires curing the underlying disease that acts as an etiological factor.

In case of structural scoliosis the situation is somewhat different. These deformations of the spine are caused by changes in the structure of vertebrae, muscles, ligaments, nerve fibers. In these cases, the curvature of the spine is often combined with pathological changes in other parts of the musculoskeletal system, internal organs, and with mental development delay. These scoliosis can be both congenital and acquired. Below are the main causes of scoliosis with structural changes:

Depressing is the fact that scoliosis most often affects children and adolescents. The most common causes of scoliosis in children are:

As a result of this, scoliotic posture is observed in 80% of schoolchildren. Not the last role in the curvature of the spine in children is played by malnutrition.

Now among young people widely advertised soft drinks are in great demand. Contained in these drinks orthophosphoric acid and carbon dioxide in vesicles contribute to the elution of calcium from bone tissue and osteoporosis. Perhaps this is one of the reasons for the so-called idiopathic scoliosis, when it is difficult to find out the cause of the curvature of the spine in the child, despite all the diagnostic tests carried out.

Depending on the configuration of the changed spine and the number of angles, scoliosis deviations may be C-, S-, or Z-shaped. By localization they can be cervical, cervicothoracic, thoracic, lumbar-thoracic and lumbar. This pathology has 4 degrees, each degree corresponds to magnitude of the angle of deviation from the median axis of the spine, expressed in degrees. 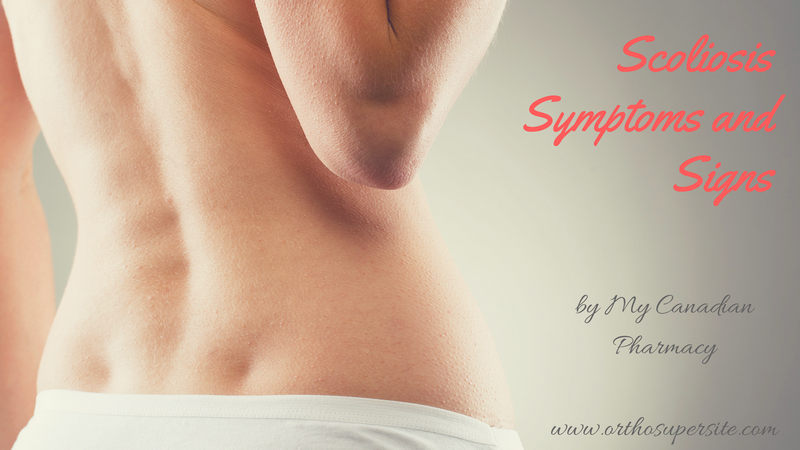 Features of Scoliosis of 2nd Degree

The 2nd degree of scoliosis is the most remarkable from the clinical point of view. If the 1st degree is detected in many children and adolescents and disappears as they grow up and play sports, the second degree of scoliosis is an occasion for serious reflection for the child’s parents. At this stage, the curvature of the spine is not combined with the pathology of internal organs and motor function disorders. In the outdoor clothing, scoliosis of the 2nd degree in the patient is not noticeable at all.

The main symptoms of scoliosis of the 2nd degree are the asymmetry of the angles of the scapula, the gluteal folds, the rotation of the vertebral bodies around the longitudinal axis. The main danger of scoliosis of the 2nd degree is the probability of transition to the 3rd degree. This probability is especially great in children from 11 to 12 years of age. In this regard, there distinguished stable and unstable scoliosis. In the first case, during physical exertion, weight lifting, the angle of deviation does not change, and in case of unstable scoliosis it increases.

In the absence of treatment, unstable scoliosis of the 2nd degree is actually the third degree of this disease. Even the initial degree of scoliosis can be suspected on the basis of external examination data, the above signs of scoliosis – asymmetry of the angles of the scapula, lumbar corners, skin folds – attract attention. To determine the degree of scoliosis will help the x-ray of the spine and pelvic bones. Torsion of the spine can be detected using computed tomography.

Treatment of scoliosis is physiotherapy, massage and physical therapy. Medications are given an auxiliary role. Physical exercises should be carefully selected according to localization and the degree of scoliosis, otherwise they will do harm instead of good. When conservative measures are ineffective, surgical treatment of curvature of the spine is indicated.